This 1958 Chevrolet Bel Air 2dr Sedan is mostly original with some restoration work done… what some people would call a “sympathetic restoration”, done with the intention to retain as much originality as possible. It is very well kept and documented. The yellow pencil markings on the firewall were put on at the assembly line. Owner Marc Warren provides the following information: “the number 1841 refer to the model designation (2dr Bel Air sedan). It looks like the letters LBL are faintly written under it. This would refer to the light blue interior thats in the car. Not sure what the number 2 is for, possible to designate it being two-toned”. 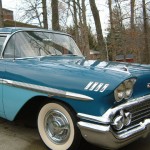 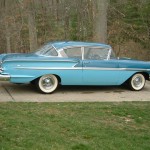 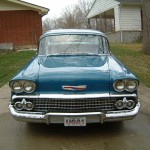 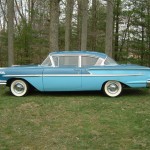 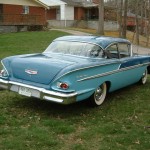 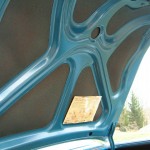 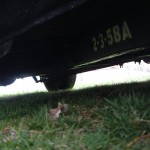 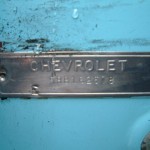 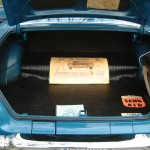 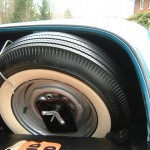 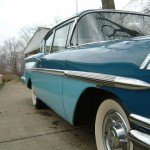 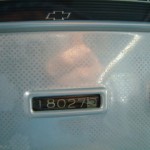 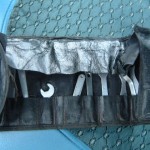 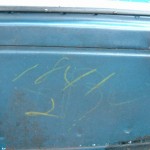 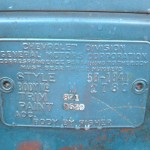 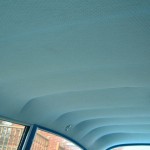 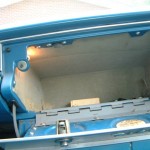 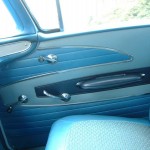 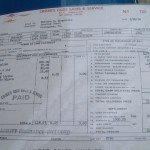 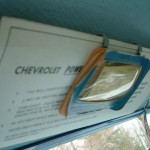 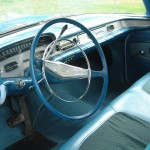 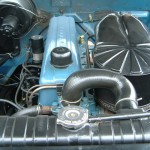