Just got this cool old photo transparency (from GM Photographic no doubt) of a ’59 Impala Sport Sedan at what must be the General Motors Proving Grounds in Milford, Michigan. I acquired the transparency through eBay. It appears to have been taken during a promotional photo shoot prior to full production of the 1959 model year. The car looks pretty much like the production models except that viewed close up, the headlight trim is a bit different. I kind of doubt that this particular shot was ever used in any publication since it really isn’t a very good photo. There are hard shadows in the frontal area of the car that don’t show it off too well. There’s a man and a woman in the car going for what we are supposed to believe is an enjoyable drive. The woman is all dressed up and wearing red lipstick, looking out the passenger window. Sadly, this 50 plus year old film positive has suffered severe color shifting and is now almost not even “color”, but it’s still cool anyway! 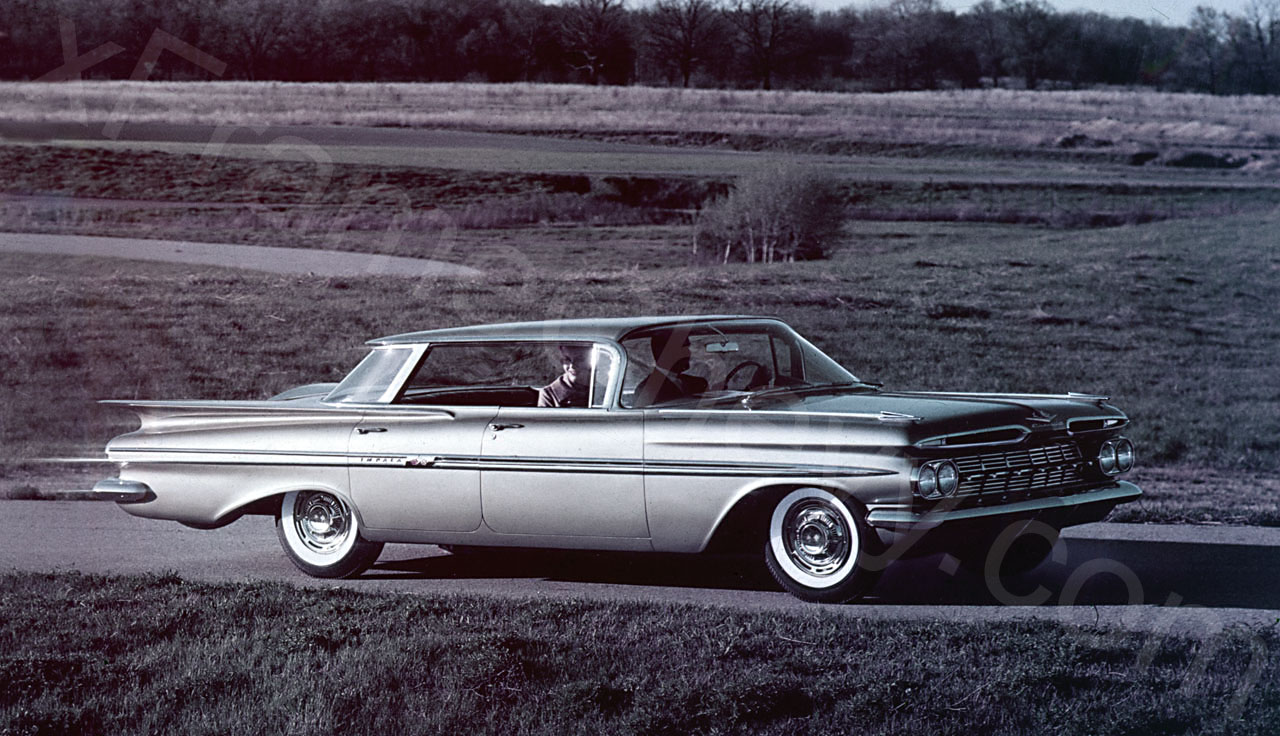 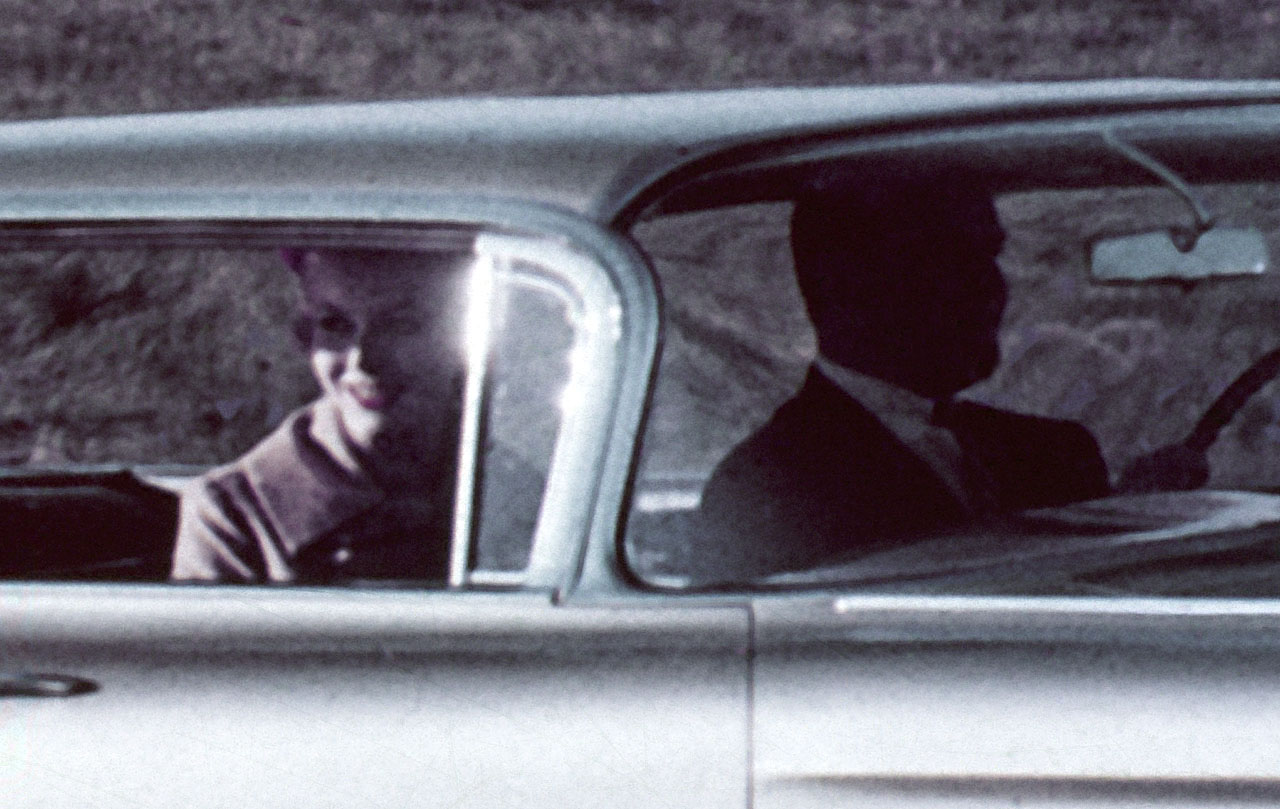 Here is the same scan, with some colorizing done in Photoshop by my friend Kelly Rambo, just for fun. Looks pretty realistic! Thanks Kelly! 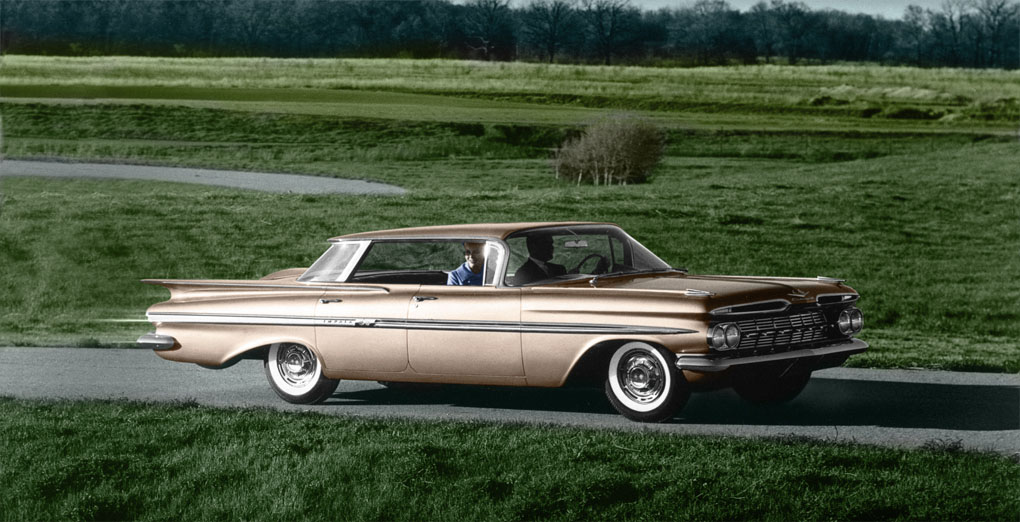